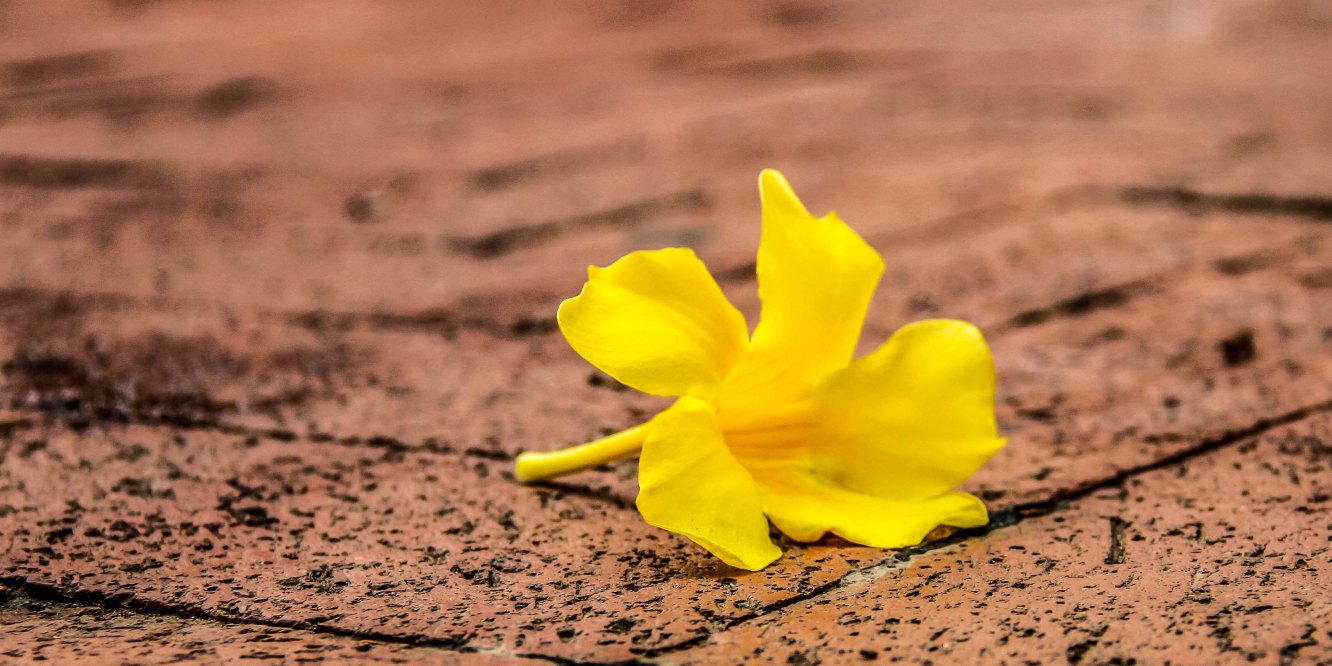 I am definitely not a lover of football or any other sport for that matter.  However, I have spent the last 35 years married to a rabid football fan so I have had the pleasure of watching countless hours of the game with him.  Although I must admit that the games did not always have my full attention, sometimes I’d be reading a book and only look up when I heard him yell. But something that fascinates me is how that little yellow square thrown out by the official gets the attention of and stops big bruising men in their tracks.  But as with so many others things in the natural, I can’t help but see spiritual connotations and implications to this whole flag thing.

When an infraction has occurred on the football field the official blows his whistle and throws out a bright yellow square and that act is known as a“flag on the play”.  After the flag has been thrown, the players and coaches wait, sometimes with baited breath to hear the officials ruling.  The official then announces the specific infraction or foul, the responsible player and what, if any, is the penalty.

I see the Holy Spirit all over the place here.  He is our spiritual flag thrower.  Whenever a believer commits an infraction against God’s Word, the Holy Spirit always blows his spiritual whistle to get our attention and confirm that we have committed a foul. I say confirm because as believers most often we know when we have acted in a way that violates the Word and is not pleasing to God.  We sometimes even think we have gotten away with our nefarious act, like that player on the field who grabs his opponents face mask when he thinks the official isn’t looking. But he is looking and he does see it and there goes that flag followed by the announcement of the penalty. Our official, the Holy Spirit also sees everything we do.

Now, the thing about the penalty in football is that it doesn’t just effect the person who committed the foul, it impacts the entire team and very often the outcome of the game.  So it is with us.  The bad decisions and unwise choices we make have an impact on our teammates as well, whether our team consists of our spouse, our children, our siblings, our co-workers, our ministry partners or our friends. And this game of life that we are playing involves much more than wins and losses, sometimes a teammate’s destiny is hanging in the balance.

But one of the wonderful things about the Holy Spirit is that, unlike the football official, He very often will blow that whistle before the infraction occurs in order to give us the opportunity to consider the cost of what we are about to do and perhaps make a different and better choice.  So, the next time you hear that spiritual whistle blow, stop what you’re doing and pay attention.  Maybe up to that point you’ve only thought about committing that foul and now you have an opportunity to reconsider, repent and regroup.  In which case that whistle will not have to be followed by the flag and our Heavenly Father will be well pleased.